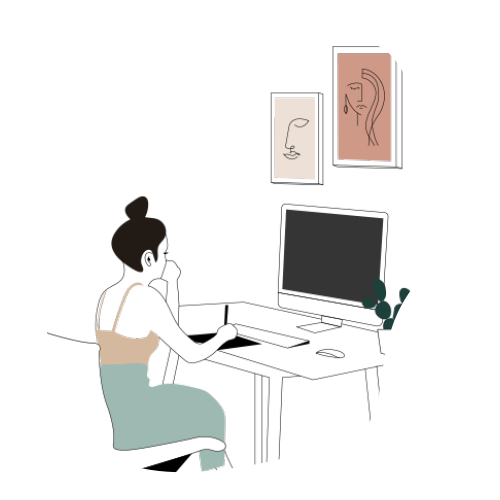 At the beginning of 2021, Instagram modified its algorithm again. Should we change the way we use this network? The Headerpop digital team provides you the necessary elements to continue to perform and stand out on the platform in 2021.

Instagram currently represents more than one billion active users per month. Since its creation in 2010, the social network has come a long way to achieve such a success, both with individuals and professionals. In order to remain attractive, the platform has constantly renewed and innovated to offer new features to its users: Stories, Lives, the launch of carousels, IGTVs, Reels or guides.

The appearance of these new formats and features has led the social network to introduce a complex algorithm which evolves according to the new tools and user behaviors on the platform.

Since 2016, Instagram algorithm has prioritized the content that is most likely to capture the user’s attention in order to keep him on the platform as long as possible. In other words, the algorithm determines which publications are the most relevant for the user and displays them in its news feed and in the Explore Page.

To stand out, it is important to understand how this algorithm works. This will enable you to maximize your visibility and your engagement rate.

What are the right reflexes to adopt?

So the Instagram algorithm decides which content appears and in which rank in the user news feed, his stories and in the Explore page. To not falling through the cracks, many criteria have to be taken into account, and this, for any content format.

Just like the previous algorithms, the 2021 algorithm, which has been in use for a few weeks now, focuses on the following 6 factors:

But the algorithm is capricious… Another criteria is added to the list explained above: engagement. We explain everything in the rest of this article!

The importance of engagement for the new Instagram algorithm

Engagement has always been important on Instagram, which is often considered as THE platform for engagement.

But in reality, what is engagement? It demonstrates the user’s real involvement with a brand, a destination or an influencer through his ability to interact with their contents. Engagement can be seen in likes, comments, number of responses to the stories, direct messages, shares and much more!

With the new algorithm, interactions on the platform remain essentials. But some of them do not have the same impact as before. This is the new innovation of the latest algorithm. Indeed, the Instagram algorithm changes the weight of some interactions. Likes, once the kings of the social network, represent today the interaction with the least impact on Instagram. It is now the saves and the shares that are the masters of the platform.

Advertising for a perfect targeting

For some time now, advertising has been overwhelming Instagram, both in the stories and in the news feed. But, as you’ve probably noticed, they don’t appear by chance. A craving for sushi? For a new trendy outfit? For a trip to the Philippines? Once again, here’s the work of the Instagram algorithm. After consulting specific content on the web or on social networks, the algorithm will know which ad is most likely to interest a user and will broadcast it to him.