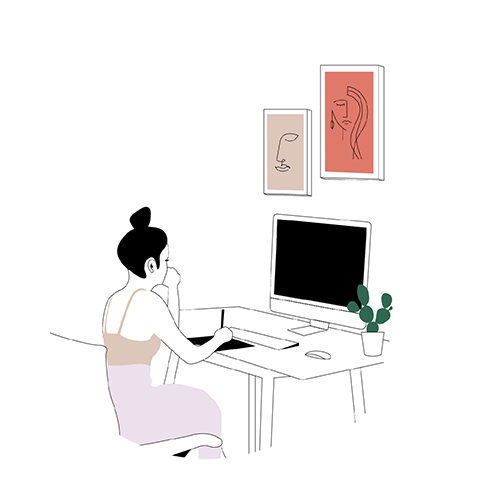 At a time when social networks and smartphones have become indispensable for many, influencers are more and more numerous.
We looked at senior influencers who have been gaining in popularity considerably in recent times.

Only 5% of them are between 41 and 60 years old and even less beyond, but still, by searching a little, we found profiles of older influencers who have style and that we recommend you to follow with interest…

Old Is The New Cool

While you’re working hard to like and comment on pictures on Instagram to get a few likes or subscribers back on your best vacation photos, seniors are amassing hundreds, thousands or even tens of thousands of likes on Instagram! This is the case of Baddie Winkle who is approaching 4 million subscribers… at the age of 90. In comparison, Caroline Receveur, the most popular French fashion influencer today, reaches 3.1 million subscribers. This extraordinary grandmother is friends with the Kardashians, Miley Cyrus and Nicole Richie. And she doesn’t just show off her colourful outfits: Baddie Winkle also represents the Smirnoff and Urban Decay brands. The nursing home? It’s not for now!

What about the men in all this? Young or old, the women stay ahead of the men. But there are some! One thinks in particular of Lance and his 55,000 subscribers: a hipster fashion influencer whose success rose very quickly after his beginnings on Instagram at the end of 2016.

YouTube isn’t left out either. Women of all ages wear makeup… Why shouldn’t there be influencers of all ages in this category? With 45,000 subscribers, Nicole Tonnelle is one of those women who have stepped into the breach. “Beautiful and feel good about yourself” is the slogan of her YouTube channel dedicated to women over 50. From advice on anti-wrinkle creams to cosmetic surgery and make-up tests, she goes through everything a YouTube beauty channel under 30 would also do (except maybe cosmetic surgery!).

Besides beauty influencers, there are also senior “celebrities” on YouTube who are not, at first glance, influencers. The younger generations have Cyprien, Norman, Squeezie or Natou. Older generations have representatives such as Françoise alias Je Ne suis Pas Une Senior with a squeaky and offbeat humour… which will also appeal to the younger ones! Holidays, the telephone, love, small children… or keeping a nice buttocks: the themes are crazy, many and varied.

When we use the word “influencer”, we immediately think of Instagram or YouTube. But we shouldn’t forget blogs, other media also used to have influence. And there too, we find senior influencer, our Super Mamys and Grandpas! This is the case of YoungSenior who celebrated his 70th birthday on October 22, 2018 and who continues to feed his blog with his travels in America, Europe and Asia!

Specialized in lifestyle and fashion, we advise you to take a look at Enfin Moi‘s blog whose design has nothing to envy to the blogs managed by Millenials. As well as Jeune Vieillis Pas which presents many fashion and wellness tips for the over 50s as well as portraits of inspiring women: a real gold mine!

Seeing influencers in their 60s, 70s, 80s and even 90s is not so surprising after all: among those over 55, 70% surf the Internet almost daily and half of them do as much on computers as on smartphones or tablets. And while their primary utility is to stay in touch with their family, they are also fond of online shopping. And nowadays, when you buy something, you’re an influencer.